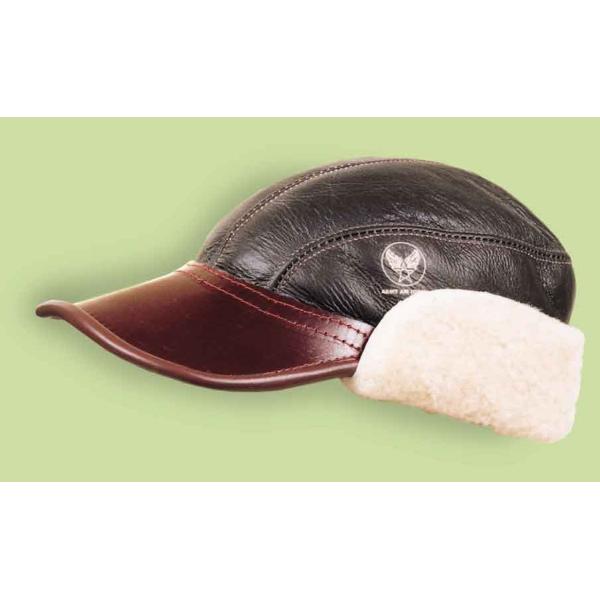 Standardised on April 21st 1939 as the regulation winter flying cap, the B-2 proved to be immensely popular in all theatres of operation.

Like the B-6 and D-1 jackets, it is made from a 1/4 inch fleece depth shearling, with a polyacrylate dark brown lacquer on the outer. The stiff leather peak is trimmed with leather hide.

Despite efforts later on in the war to discourage the wearing of this cap by aircrew in combat, (due to the fact that newer equipment had been developed that offered greater protection against flash burn, flak and the like), photographic evidence shows that it continued to be prevalently worn until the end of the war.


Of a baseball cap design, the B-2 is another one of those garments that so typifies the stylish image of the American airman - a true classic!

Just like the original, ours is made from 1/4 inch fleece depth shearling and has a stiff leather peak which is trimmed in Horsehide.


It is constructed to the authentic 5 panel plan and each seam has the correct zig zag cover stitch, which goes over the first row stitching, adding strength to the overall construction.
The B-2 is a great accessory!